One of the great things about the internet is that it puts you in touch with other family tree researchers without relying on snail mail and classified ads in genealogy magazines.

Through the internet, I’ve learned a lot about my g-g-grandfather John S. Hebert (Jean Severin Hebert) and his family.

John S. was a blacksmith by trade who fought in the Civil War and walked home from prison camp after the war ended. He married and had many, many children. He lived in a house on the bank of a bayou. All of this, I already knew.

What I didn’t know before talking to other researchers, was what unfolded for his siblings. Those details produce a fuller picture of John S. Hebert’s life.

Here’s Gideon, who raised a family in St. Mary Parish: 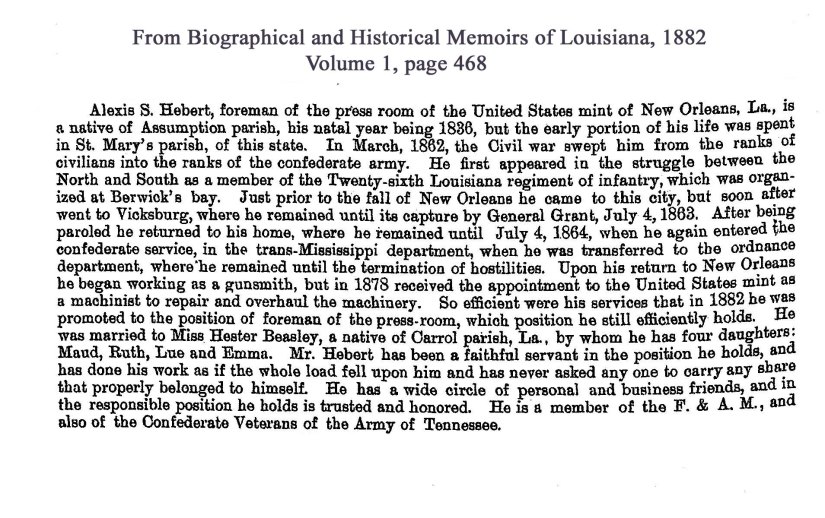 Now, if only I could track down a photo of John S. Hebert!

I'm a Louisiana girl who's lived all over our beautiful state. My grandmother got me hooked on genealogy. Since she'd taken care of my father's side of the family tree, I tackled my mother's side. My mother's family came to Louisiana via France via Acadia. View all posts by louisianagenealogygirl