The New Orleans Insane Asylum was supposed to be a temporary establishment for the indigent insane. It ended up lasting nearly 30 years.

When I saw that Dr. Leonidas Cowan – a member of my family tree – died at the insane asylum in 1877, I wondered if he’d been treating patients and died suddenly. Then I found his admission record.

Leonidas wasn’t a native of Louisiana. He grew up in North Carolina. Why he came to Louisiana, I can’t tell you. All I know is he married Eliza Brogden about 1860, which brought him into my family.

Eliza’s mother was Sedalie Penisson. The Penisson family in the U.S. started with a single Penisson who crossed an ocean to Louisiana, fathered 11 children and established roots that now stretch across the United States.

Like her mother, Eliza died young, making her story difficult to trace. The Penisson book that a cousin put together in the 1980s says she had two little girls before dying. That turned out to only be part of her story.

Eliza and her doctor husband seem to have established a country home in St. Mary Parish and a city home in New Orleans. Leonidas worked as a surgeon in the city, once tending to a drunk woman’s bullet wounds in the drug store where her husband shot her. Big city life, huh? No wonder they kept a place in the country.

Life in the city must have been fairly comfortable. They had the means to have a live-in servant. How quickly everything would fall apart.

Far from having just two girls, Leonidas and Eliza had five children: Marie Charlotte Coraline, Rosalie Emma Agnes, Mitty Mary, Leona and James. Decades later, the family would only remember the two oldest girls. They completely forgot about Leona and James, which seems a bit odd, especially since Leona married into a St. Mary Parish family – and the Penissons were very much of St. Mary and the adjacent Assumption parishes. Little Mitty Mary died young.

Eliza herself – according to the family’s dusty memory – died in 1871, which would’ve been the same year James was born. Just a few years later, Leonidas died in the city’s insane asylum.

Why Leonidas was committed, I can’t tell you. I’ve been unable to find an interdiction record for him. One day, I’ll try to look up his hospital records. I did find a transcription of his admission notation, confirming that he was very much admitted and not just there treating patients. And that record itself is strange.

The next of kin is Eliza Cowan, who would’ve been dead several years at this point. Why would he list her as the family point of contact? Did he go off the rails when she died and left him with four little kids?

And what became of the children? Eliza’s brother was living in the city, working as the head bookkeeper for a company on Poydras and living in a nice part of town with his wife and daughter. Yet, he apparently didn’t take in the orphaned children. According to the 1880 census, Leona was living in an orphan asylum. The two eldest girls may have moved in with family in the country because they married within a few years of their father’s death. What became of little James until he was of age is unclear.

The girls, at least, had fulfilling lives. Charlotte married Emile Barras and had 12 children. She’s buried in Gibson. Emma married a tailor named Charles Maloz and had 10 children. Leona married John Templet and moved to Texas. She had eight children, including a son named for her father.

As for James, his story was a sad one. He became a cook, moved to Houston near his sister and died of tuberculosis. When she filled out his birth certificate, Leona couldn’t remember his birth day. It’s possible they never knew it because of the turmoil that must have punctuated James’ early years.

That death certificate is the only record proving James was a child of Leonidas and Emma. Born in 1871, no one filed a birth certificate if his birth happened in New Orleans. Both his parents were dead by the time the 1880 census rolled around. And the extended family just forgot he and Leona even existed.

None of that tells me how Dr. Cowan went from being a respected physician to dying in an insane asylum.

Growing up, I was always told that the Penissons were known for being a little crazy. Now I wonder if the inspiration for that story was Leonidas.

When Etienne Bourgeois died in 1879, he left a young family behind: his wife, Marie Landry, their 3-year-old son, Alexis Etienne, and their 1-year-old daughter, Leonie. Marie quickly remarried, but life in the 1800s could be cruel. By 1883, Alexis Etienne and Leonie were orphans.

It was the district attorney for St. Mary Parish who went to court and reported that the children “were without proper care or moral training.” Worse, their mother’s sister, Victoria, was mistreating them and usurping their inheritance. The district attorney’s recommendation was that Etienne’s property and belongings be sold to pay for the children’s care at a Catholic asylum in New Orleans.

The saga is contained in St. Mary Parish’s probate records, proving once again just how interesting dusty old court records can be. You’ll also find a list of every looking glass, mattress and lamp Etienne owned because it all had to be sold for the children’s benefit.

What’s interesting is that the children’s mother remarried before swiftly dying. I don’t know why her second husband’s family didn’t take charge of the children. Maybe Aunt Victoria – who was helping herself to their inheritance – wouldn’t allow it.

Regardless, the court records shows that the district attorney was successful in placing the children in St. Mary’s Catholic Asylum in New Orleans. The proceeds from the estate sale were to be used for their schooling, board, tuition and the upkeep of property that wasn’t sold.

Curious what became of the children? Alexis became a steam engineer and settled in Morgan City with his wife and their two girls. Leonie – later known as Leonide – stayed in the New Orleans area, raised a large family and died just two months shy of her 97th birthday.

In the end, the kids were alright.

One of these days, I’ll figure out everything the courthouse offers in the way of genealogy records. I know about successions, coroner’s inquests, conveyances, civil suits, marriage records and criminal cases. Today, I discovered mortgage records.

Tucked into the mortgage records at the Assumption Parish Courthouse in Napoleonville is a will for Henriette Boudreaux Penisson, who died in 1900. I looked for a succession record and couldn’t find one. Why her will would be included in mortgage records is beyond me.

Henriette was my great-great-great grandmother. She brought 10 children into the world.

Here’s page two of her will:

It’s in French so I’ll have to get to work translating it. This will take a bit.

I was looking at photos of the Font family, which is connected to the Penissons, and I had to laugh at one image.

The adults are Salvadore Font and Victor Penisson. No one remembers who the children are, but look at the little boy.

Does he remind you of anyone? 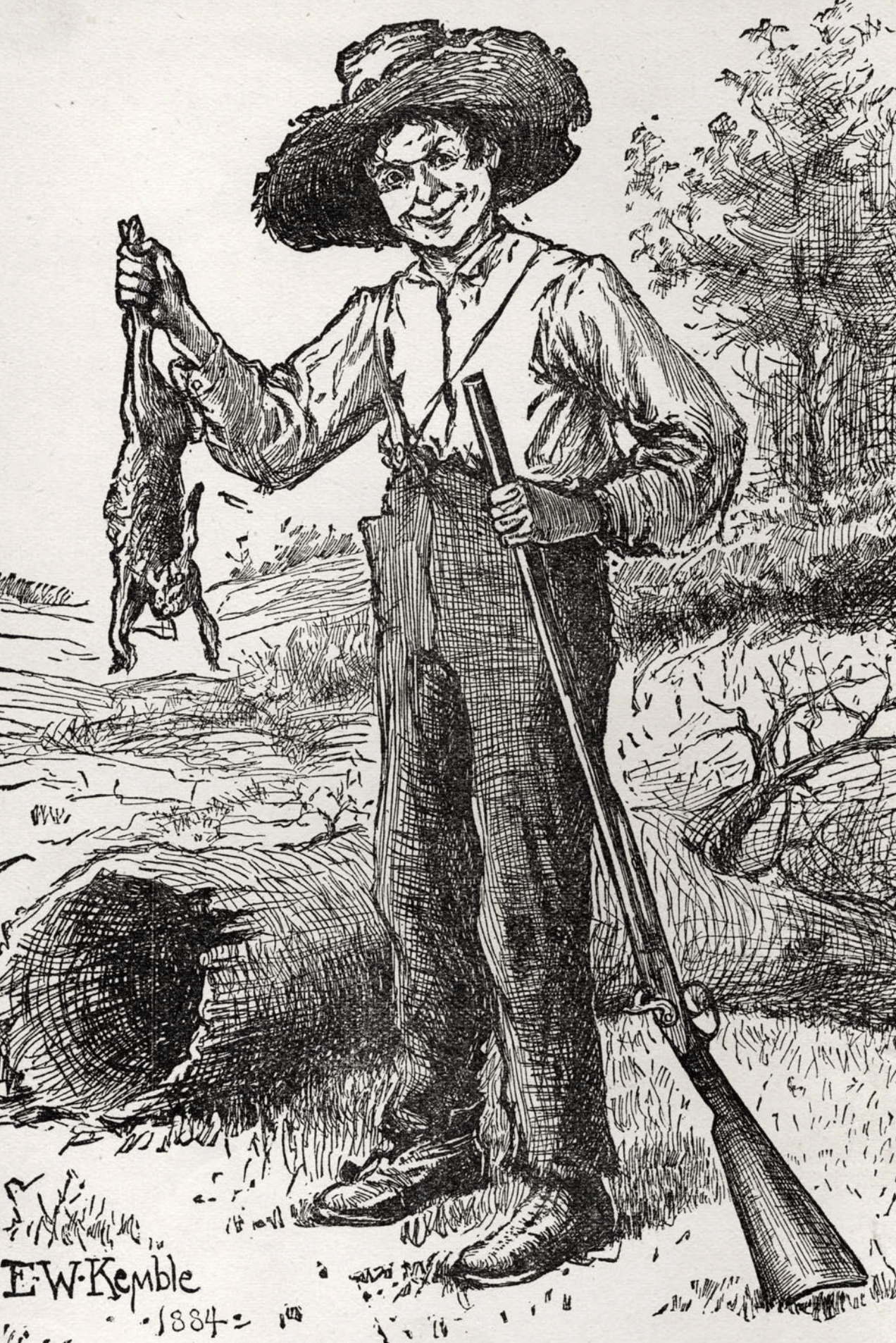 Etienne Penisson left a complicated succession when he died at his home on Bayou Boeuf in 1856. His widow had to detail the heirs.

Making matters even more complicated was the fact that the heirs were scattered across Louisiana. Most lived in Assumption Parish, but daughter Marie’s children were in St. Mary Parish as was daughter Carmelite. Amelina was in St. Martin Parish. Celeste was in New Orleans.

I came across this article in an 1872 edition of “The Dallas Daily Herald.” It suggests that the Penisson family planted an orange tree in 1832 that thrived 40 years later.

The truly lovely thing about France is that so many original records are online! The truly horrible thing about those records is that the handwriting is so bad. Really, I want to get out a ruler and rap the knuckles of whomever wrote some of them (in theory, of course; I realize the authors are long dead).

While I was searching for the Montets, I took a break to see if I could find a marriage record that I knew existed. One of my distant cousins hired a professional genealogist years ago to track down our Penisson family roots to France. It’s lovely what she found. I have the details of her notes, but I don’t have copies of the source material.

I dug into the records of the Loire-Atlantique archives, found the village of La Plaine and located my ancestors’ marriage record. It’s attached above. The handwriting on this one really isn’t that bad. Now to translate this …

The Penissons are legendary in my family for two reasons. First, they weren’t Cajuns (they emigrated from France long after the Cajuns arrived). Second, they had a little money.

This is supposedly a portrait of Jean Baptiste Etienne’s parents, Etienne Benjamin and Rosalie Trahan Penisson. I say supposedly because Etienne Benjamin died in 1856. I am not an expert on the history of photography in America. However, you have to remember that the Penissons lived in Bayou L’Ourse,  a small community between Morgan City and Thibodaux. I’m not certain how they would have gotten their picture taken in the early, early days of photography. It’s possible, though. Maybe they managed to get to New Orleans.

Etienne Benjamin paid cash for 303 acres of land in 1844. The land was in Assumption Parish. At this point, I have to rely on oral history courtesy of my late grandmother. According to her, my great-great grandparents, Jean Severin Hebert and Marie Rosalie Penisson, got a section of this land. They lived in the Big House, which eventually went to my great-grandfather, Jean Jules Hebert. I don’t know if Jean Severin and Marie Rosalie built this house or inherited it. I don’t even know how many rooms it had – although I’m sure it was a standard bayou house, built on pilings with one room flowing directly into the next. Regardless, it burned when my great-grandfather was married and living in it. He moved across the bayou and rented a house. Eventually (after my great-grandmother died), he moved back across the bayou to the family land and lived in what amounted to a shack until he moved into a nursing home.

The family money had run out, probably after the Civil War. However, the family held onto the land. I don’t know who owns it today. I can tell you where it is because we visited it often when I was a child. At one point, my mother’s childhood home shared the land with her uncle’s house. My mother’s home is long gone, but Uncle Howard’s home was still there last I visited.

On Saturday, Feb. 10, 1894, A. E. Penisson killed in a wreck on the Texas and Pacific Railrod, aged 56 years.
The funeral will take place this Sunday at Bayou Boeuf.
Bordeaux, France, and San Antonio, Tex., papers please copy.